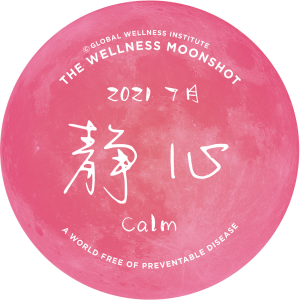 With iced Beijing “Coke” in the fridge, who’s afraid of the hot, dog days? 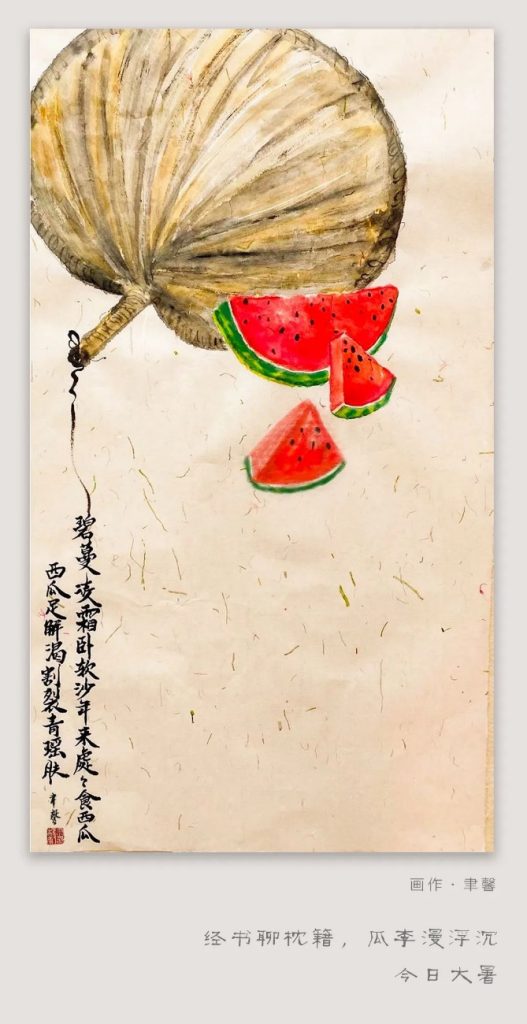 Suppose the following scenario: You turn on the air conditioner, take out a chilled watermelon from the refrigerator, and let out a deep and satisfied sigh about all the blessings that modern technology can bring amid a blazing summer day. Do you feel a touch of relief despite the hot weather? It is the hottest season of the year. Have you ever wondered what else ancient people did to get through the long hot summer other than keeping themselves calm?

The renowned poet of Tang Dynasty Bai Juyi once wrote, “While the hot summer prevented me from going out, no guest could ever visit me either,” which graphically highlights the annoyance of a parched summer. 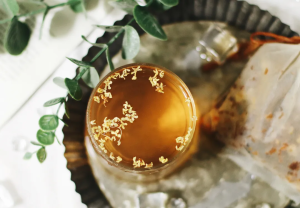 Your energy can be easily drained in summer. Make sure to strike a proper balance between work and rest, avoid being exposed to the scorching sun for too long, and get enough sleep…Only by maintaining good living habits can you successfully get through the annoying summer days.

To stay healthy in summer, it is important to keep yourself hydrated by drinking warm water. However, drinking too much water at one time can actually increase the burden of your heart and cause your blood concentration to fall rapidly, leading to palpitations, shortness of breath and sweating.

Therefore, don’t drink too quickly or too much. Instead, drink a few mouthfuls of water first, and wait a second before drinking again.

The Major Heat falls between late July and early August when the temperature is the highest. At this time of the year, people tend to suffer a loss of energy. In particular, the elderly and those who are physically weak may find it very difficult to get through the intense heat of summer as it can cause heatstroke symptoms like dizziness, palpitations, chest tightness and abnormal sweating.

In the case of dizziness, aromatic herbs can be used as a reliever. For example, fresh ageratum leaves, mint leaves and Peilan (Fortune Eupatorium Herb) can be used as an ingredient of soups or porridges, or herbal essential oils can be used in aromatherapy to dispel summer heat, relieve exterior syndromes, and soothe the liver.

Food Therapy During the Major Heat

Tonifying Qi to Reduce Internal Heat and Tranquilizing the Mind by Nourishing the Heart. In China, there is a folk saying that “the dog days are the toughest time of the year.”

The frequent occurrences of droughts and floods around the Major Heat mean that the heat and humid qi can easily spread within skin and muscles and enter the inner body when sweat increases, causing damage to Yang energy in the body and a loss of the heart qi.

Additionally, the intense heat of summer can also result in weakened stomach functions. You may lose your appetite, suffer diarrhea, or even have chest tightness, nausea or limb weakness. In this case, try to have some food that helps clear the heat, excrete dampness, and invigorate the spleen and stomach, such as fuling, ophiopogonis, chrysanthemum, honeysuckle, lotus leaf, Chinese date, lotus seed, lilies, millet, white gourd, bitter melon, tomato, watermelon, banana or apple.

It is said that during the 2008 Beijing Olympic Games, people recommended that Douzhir, the fermented mung bean juice, should be translated as “Beijing Coke.” The suggestion was not that popular, and in the end, the sour plum drink earned the honor. 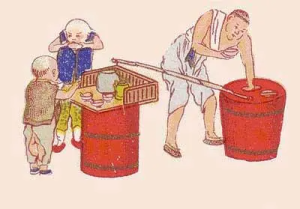 Back in ancient times, when there weren’t air conditioners available, the princes and aristocrats in the capital could move to their summer resorts and drive away heat with ice; the commoners, however, had to rely on various herbal soups apart from constantly waving their fans. At that time, the sour plum drink was a very popular beverage in Beijing that could both dispel the heat and quench thirst.

The sour plum drink made in ancient methods initially spread among the ordinary folks from the imperial court. It emerged during the Sui and Tang dynasties as “Xuan drink.” At that time, it was a “white-collar beverage” exclusively served to the imperial court. By the Qing Dynasty, it had evolved into a popularized “street drink,” or an ancient “coke,” available to common people. As the famous gormandizer Liang Shiqiu put it in his essay, “sour plum drink in summer is a treat that everybody can enjoy in Beiping (Beijing), regardless of their classes.”

DIY to Reproduce the Drink of the Imperial Court

The sour plum drink has been popular across China, and even more so in North China, represented by Beijing, Jiangsu, Zhejiang, Hunan and Hubei. Generally, northerners had a preference for the sour taste while their southern counterparts like the sweet taste better. While the ingredients and preparation methods are basically the same, the difference actually lies in an emphasis on texture, the building up of good taste, and the meticulous preparation steps. You will be dead wrong if you think a sour plum drink can be consumed in only one way. It is arguably the “ever-changing fairy” in the field of cold beverages. 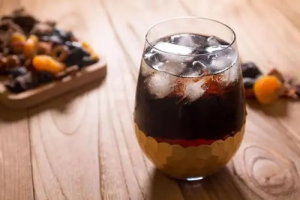 1. Clean all the ingredients and soak them in 2,200 ml clear water for 20 minutes.
2. Pour the water and ingredients into a casserole, cook on high heat until it begins to boil, and then shift to low heat.
3. Boil it for about 20–30 minutes with low heat.
4. Filter the soup, put in an appropriate amount of crystal sugar, and let it melt. The amount of crystal sugar varies from person to person. Let the soup cool down, and then you can directly drink it or chill it in a refrigerator to add to the flavor.

Chilling the sour plum drink is one of the most popular ways to consume it. It takes a little time to cook the soup, but the entire process gives you a natural and clear sense of rituals on a hot summer day. This is only the basic way to enjoy it. 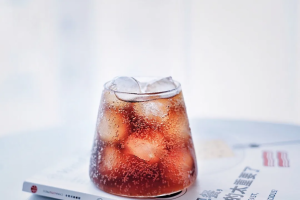 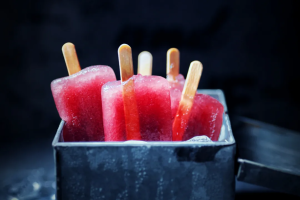 The must-have treats to dispel summer heat include not just popsicles and air conditioning, but the sour plum drink can also come to the rescue. Put a cooled sour plum drink in a popsicle mold, place it in the refrigerator, and after the popsicle has formed, you can enjoy it heartily by taking it out of the mold. The combination of the two of the most popular heat dispelling drinks will give you the most fabulous experience that you’ve ever had. Not only is the original flavor of the sour plum drink preserved, but it maximizes the “cooling and heat dispelling” effect of the two. On a hot summer day, you may find that you just can’t stop eating it. 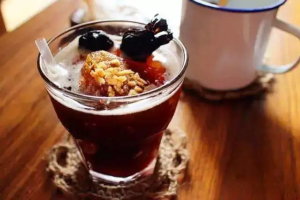 The Global Wellness Institute (GWI) provides valuable research and resources at no cost, fueling thought-leadership and innovation in the wellness industry. Your gift of as little as USD $10.00 helps the Institute create and distribute its important work, impacting the wellbeing of our planet and its people.