This article claims that, in the case of food guidelines, too much caution can do more harm than good, and asserts that the scientific literature is full of contradictory claims.

This is a short, but important article, which shows that innovation does not appear in the GDP statistics and not in subjective well-being statistics either. It also reminds us that GDP is an inadequate measure of a healthy economy, but so too in some respects are measures of subjective wellbeing.

In 1930, Keynes (the economist) predicted that when society becomes increasingly prosperous, people would hardly have to work. In the U.S. (as in many other countries), that isn’t how things have played out. This article explains why. The best, but far from sufficient, argument: people just never feel materially satisfied, always wanting more money for the next new thing.

“Fitness Trackers: Four Models That are Fitter Than Ever” – The Wall Street Journal, Jan. 21, 2016

The WSJ’s Technology Consumer reporter looks at the durability and ease of use of some basic fitness trackers that, in his opinion, “still go the extra mile.” He describes the Fitbit Charge HR, Garmin Fenix 3, Misfit Shine 2 and Runtastic Moment.

This investigation looks at the rampant, worrying mislabeling of food, and, more specifically, grated parmesan. One producer quoted in the article says up to 20 percent of it sold in the U.S. is mislabeled. 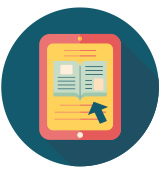 “Worldwide, the cost of unwell workers represents 10-15 percent of global economic output. In the U.S. alone, an unhealthy workforce costs $2.2 trillion annually – or a staggering 12 percent of GDP.”

Source: Global Wellness Institute, “The Future of Wellness at Work,” 2/2016