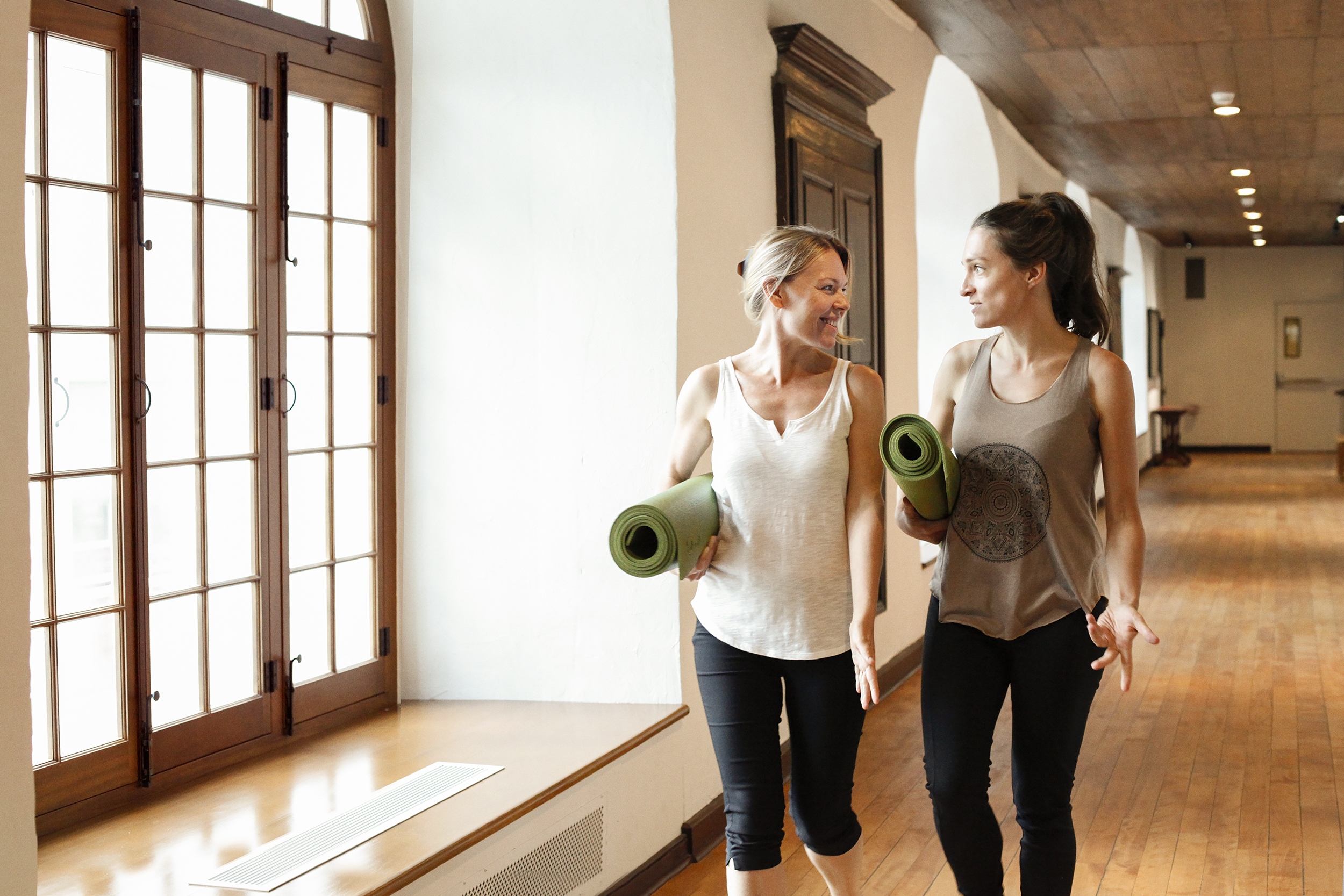 The visionary sisters who pioneered wellness

“Really, if you cannot care for yourself, then you will be unable to care for others” –Soeur Lise 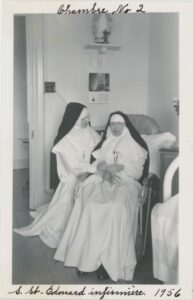 A rocky point jutting out into the St Lawrence River, with cliffs 100m high in places, seems an unlikely place to call home. But this is what settlers arriving in 17th-Century Quebec were confronted with.

Among those who came to this outpost of the French Empire were the Augustinian and Ursuline sisters – two groups of nuns whose legacy can still be seen in the city today.

“The Augustinian sisters arrived in 1639 and founded a hospital in 1644, considered as the first hospital-monastery established in North America, north of Mexico. The hospital, and the monastery attached to it, still occupies the same location in the Upper Town, a little away from what was the main settlement. Today, following a legacy bequeathed to the population by the Augustinian sisters, the monastery has been rehabilitated and converted into a leading modern, secular centre for wellness and its success is in no small part down to those first pioneering women.

“When they arrived they were in the middle of nowhere,” says Robert Mercure, general manager of Destination Québec Cité. “It was a tough situation, so people had to be very innovative, resilient and organised. Resilience became part of the Quebecois DNA.”

The sisters owe their incredible longevity to the city they chose as their home. Quebec is unique on the continent of North America – the only walled city, it has a strong European influence in its architecture. And the city has its own philosophy of openness and living life well, says David Mendel, a Quebec City historian and author. “In French it is called l’esprit – the spirit of the place, not only in a physical way but in immaterial terms.”

The philosophy of the sisters inspired and influenced the city they helped to found. “Here we follow the values which have always been those of the Augustines: compassion, and unconditional welcome – whatever region, language or culture someone might come from,” says Soeur Lise, an Augustinian sister in her 80s. “It’s a place which is open to everyone.”

“Here we follow the values which have always been those of the Augustines: compassion, and unconditional welcome” 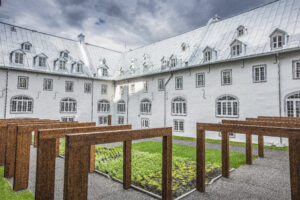 Le Monastere des Augustines and the hospital have changed over the centuries but the foundations of the earliest buildings built under the guidance of those first sisters are still visible. “These were women who had no special expertise in architecture or construction, but they did have a lot of common sense,” says Soeur Lise, who is the superior general of the Augustinian community in the province of Quebec.. “And crucially they understood the needs of those who were unwell. Everything was built around those needs, even the construction of the buildings themselves. Everything was done with the objective of improving the wellbeing of people who were unwell.”

Past generations, she says, didn’t differentiate between mental and physical health in the way we do today. The historic Augustinian sisters’ monastery was a place of spiritual, mental and physical wellness, and the sisters ran it as such. They managed everything; the construction, the accounts, the staff and the care.

“We took what you might today call an ‘holistic’ approach to the care of the patients,” says Soeur Lise, who provided spiritual healing for the family of the ill and for the doctors, as well as the patients themselves.

To maintain balance, I think it was important to have a space where we could exchange words, where we could share with one another and support each other

The sisters ran the wards and often had more contact with patients than the doctors, but she says the approach was collaborative. “There were a few times when [a doctor] asked me to accompany them to see a patient, possibly to announce some bad news. The doctors might spend five minutes in a room with them but we [would] be there in the days after with the patient.”

Soeur Lise says that the environment could be stressful for all involved, but the sisters were uniquely placed to handle the situation, and the monastery provided ample spaces in which to feel restored. “What’s really important in those situations is to be able to verbalise how you’re feeling to someone else,” she says. “To maintain balance, I think it was important to have a space where we could exchange words, where we could share with one another and support each other.”

She says that the gardens at the monastery were calming and quiet. W

hen time allowed, she would also walk down to the Saint-Charles River, a tributary of the St Lawrence River that runs through the city centre. And the chapel was also particularly inspiring for her: “It’s a place of extraordinary silence.”

Stepping into the rehabilitated monastery, you feel a great sense of peace and heritage – something that is shared with the rest of Quebec, says Mendel. But the city was once at risk of losing its unique Europeanness. In the latter part of the 19th Century there was a big push to modernise the city and demolish the fortified walls which had narrow gates and were blocking traffic.

However, the campaign to save the walls drew inspiration from medieval architecture to design new areas that were in keeping with Quebec’s steep French roofs and whitewashed walls. This led to grand romantic buildings like the Chateau Frontenac, inspired by the great chateaus of the Loire Valley. Other historic buildings, like the Ursuline convent also from 1639 and the Seminary of Quebec from 1663, were preserved. 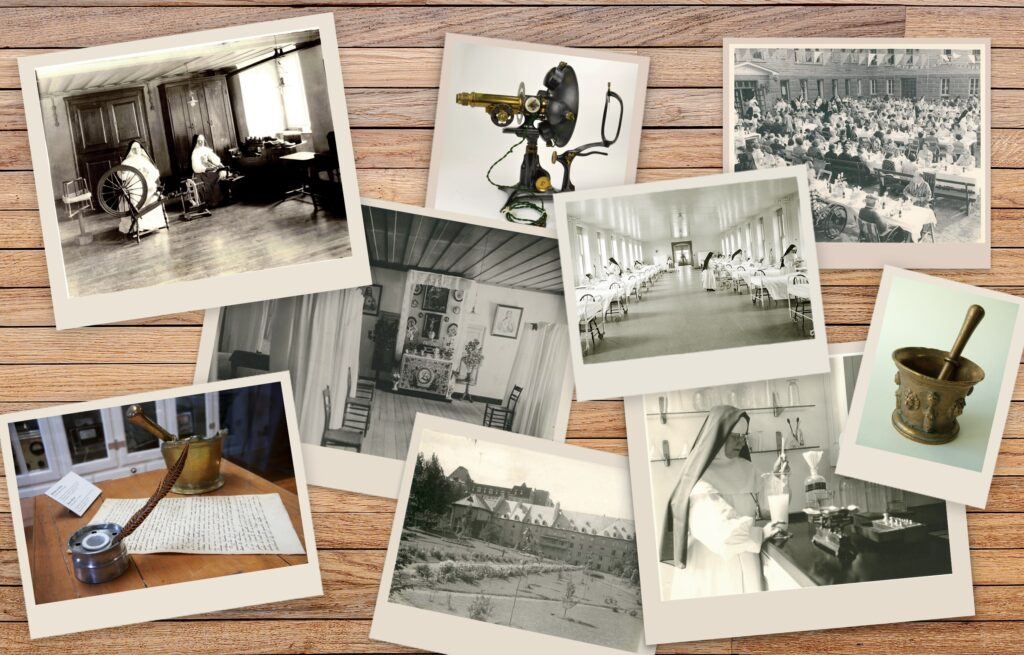 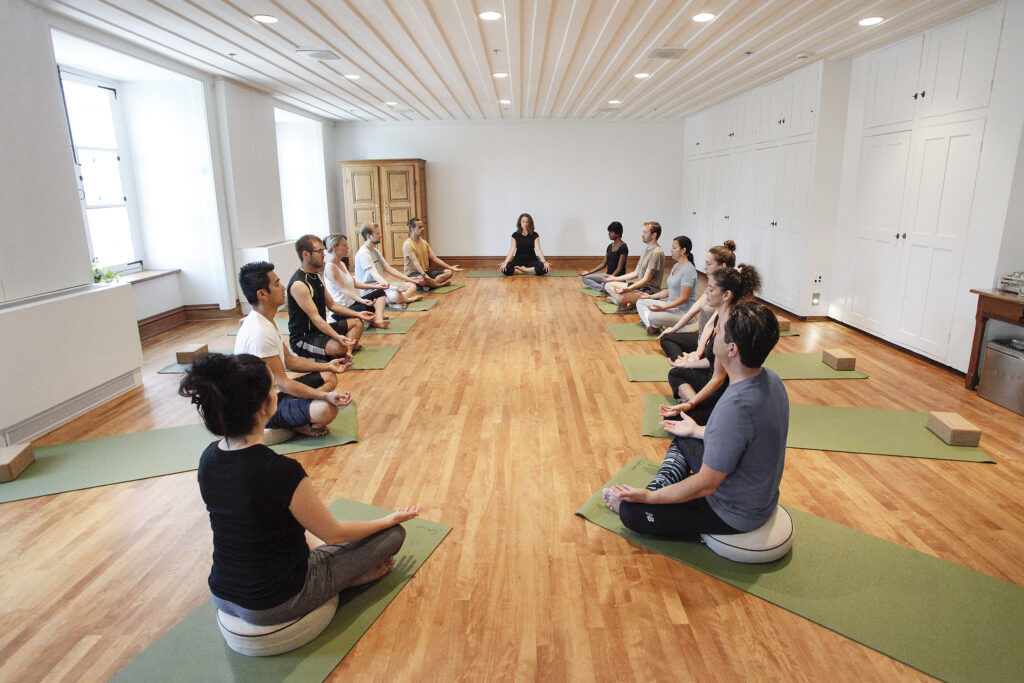 But time has changed Quebec in other ways. Fewer women were joining the convent as sisters, and in 1961 the government took more control in managing the hospital. The sisters were part of an advisory council at the hospital until the 90s but today it is separate from the monastery and run entirely by the government.

Facing a decline in their numbers, the Augustinians sought to save their unique legacy for the sake of the future generations. Today, Le Monastere des Augustines is completely restored as a heritage site dedicated to wellness that has built further on the vision of holistic healthcare that the sisters pioneered.

Like the monastery and the hospital the sisters first founded, Le Monastere des Augustines focuses on balancing the mind, body, spirit, and emotions, while preserving 50,000 artifacts, including many medical artifacts and over 1km of archive photos and records. The whole collection represents the evolution of wellness and Western medicine, and is a snapshot of Quebec’s social, economic, political and religious history.

Further in keeping with the original mission, Le Monastere des Augustines, a non-profit organisation which opened to the public in 2015 in its contemporary state, also supports family caregivers, health workers, teachers, and others who dedicate their lives in service to others through a social programme dedicated to protecting the wellness of these important pillars of the community.

A lot of the original vision and spirit of the monastery has been preserved and the Quebecois people recognise the importance of the Augustine sisters. “They have touched people’s lives ever since they arrived here and continue to go to the hospital that they founded for medical care,” says Mendel.

Now, the concept of holistic and personalised health is growing in prominence once again. A new sustainable health innovation hub in Quebec City will bring the top researchers in the world together. Vitam, a collaboration between Laval University and Fonds de recherche du Québec, a government initiative that supports intersectoral research, already has hundreds of students and researchers collaborating on sustainable health and wellness research.

Meanwhile Quebec grows as a tourist destination for wellness, finding new uses for their “historic institutions which are loyal to their original mission”, says Mendel. “The new tourism post pandemic is rapidly evolving,” agrees Mercure. “And we’re very happy to evolve in that same way.”

Being a wellness pioneer begins with self-care, concludes Soeur Lise: “If you can’t care for yourself, then you will be unable to care for others.”