HOW MUSIC CAN HEAL THE MIND

Music saved Chuck Wild from crisis. Now he wants to heal others with music.

The Story of Chuck Wild

Paid and presented by Myndstream. 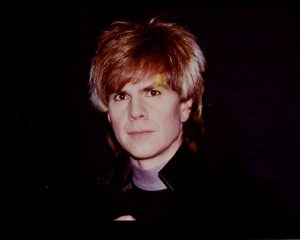 Chuck Wild is relaxed and philosophical when he talks about his career. A music veteran, Wild has worked with some of the industry’s biggest names, and now is the mind behind the growing market for meditation, sleep, and deep relaxation music, also known as “sedative music”. You would be forgiven for thinking his calmness is based on the success he has enjoyed.

Wild’s journey to this point has been long and arduous – at times his career has tested his mental health to its limits. He says that at his lowest point his anxiety “almost killed him”. The fact he couldn’t see it coming, he adds, shows that a crisis can creep up on you.

But he says that music helped to save his life, and now his passion is to give his music away for free to anyone else who needs it. Wild believes that music can help to protect and restore our mental health. This is his story. 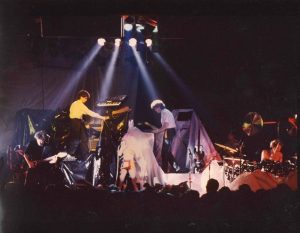 Wild is no stranger to high pressure environments. He played sold out shows in front of hundreds of thousands of fans in the band Missing Persons, with whom he was a musician from 1980 to 1984, and worked with artists like Frank Zappa. He says he never felt anxious. “I really didn’t know what being nervous was, I had no idea.”

His career took him from one life-changing opportunity to the next. After leaving Missing Persons he was signed as a staff songwriter with television production company Lorimar Telepictures.

One of his first jobs for Lorimar was to compose the soundtrack for Max Headroom, an Emmy-winning TV series that ran from 1987 to 1988 based on a character by the same name. The futuristic series about an artificial intelligence appealed to Wild’s taste for electronic music. He filled a van with his equipment and drove to his co-composer Michael Hoenig’s studio in downtown LA. 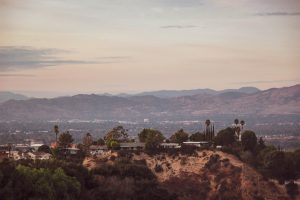 He and Hoenig were given seven to 10 days to compose music for each 43-minute episode. They would then take their mixes to the editing suite in Hollywood where the timing would be fine-tuned based on the final cut of an episode.

“It was a lot of fun in the beginning,” says Wild, but the work started to mount up. Each rough edit arriving at Hoenig’s studio was delayed because of problems with the filming schedule. Soon the pair had less than four days to complete each soundtrack. “There was no way to sketch, write, arrange, compose and mix 43 minutes of music and also sleep,” he says, so Wild stayed at the studio. He says they were getting by on four hours sleep each night in order to finish.

“The courier from the network was literally standing outside the door waiting for us to hand him something, and then we’d have to hop in the car drive up to Hollywood, where they were laying in the music,” he says.

I could not allow myself to grieve… Once I understood that, I went through a period of grieving where I cried every day 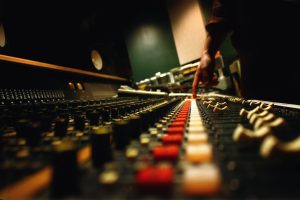 While work continued on Max Headroom, Wild was hearing news of many friends who were both sick and dying of Aids. The Aids crisis was then considered “the most urgent health problem facing the world”, and yet, few approved treatments were available. News that a friend had tested positive often proved terminal.

But with the pressure of his work and in his sleep-deprived state, Wild struggled to express his emotions. “It made me sad, but I couldn’t cry,” he says, adding that he kept a record of the friends he lost by marking their names in a “kind of roll of honour”.

For three months Wild worked 20-hour days, all the time hearing that friends had tested positive for Aids. “I started having trouble taking a deep breath,” says Wild. “That was the first symptom. And I started feeling this tension in my stomach, like my stomach muscles would never relax, then I would start to get a little bit dizzy. I didn’t know what it was, but I learned later this is called hyperventilation.” 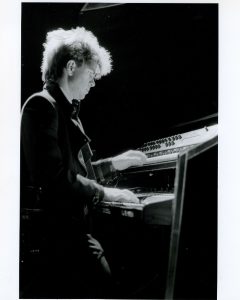 While working at an ABC-television editing studio in West Hollywood with Peter Wagg, the producer of Max Headroom, Wild started hyperventilating. Wagg thought Wild was experiencing a heart attack. “He said ‘there’s no time to call an ambulance – get in my car’. And he drove 100mph down a side street to the nearest emergency care centre,” says Wild.

After an examination by a doctor, it transpired Wild had experienced a panic attack. Dizziness, tension and shortness of breath are common panic attack symptoms, but can be confused for a heart attack. The doctor gave Wild a choice of treatment. “He held up a sheet of paper in one hand, and a bottle of pills in the other hand. I’ll never forget this – he said, ‘both work equally well for most people. These are pills and these are meditation instructions.’ I said, ‘I’ll take them both’.”

We have a better understanding of the link between music, meditation and health – it can lower overall anxiety levels 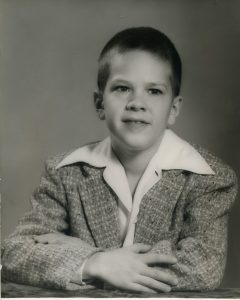 After his panic attack on the runway, Wild knew he needed more guidance. He only took the drugs for one day, and followed the meditation instructions daily, which helped, but he was still feeling anxious. He used acupuncture several times a week, saw a therapist, and a counsellor who asked if he could compose music that reflected the way he wished to feel. His first attempts were too upbeat, and after struggling to write music he could meditate to, he found inspiration in his childhood.

From the age of four, Wild would sit behind the organist at church, following her as she played. On one occasion, the organist was unavailable, but with some training, Wild was encouraged to step in. She told him to hold chords during prayers and change them every few seconds.

“It just came to me as I was holding a chord – I know how to write meditation music,” says Wild. “I started working on the first piece, called Zero Degrees Zero.”

We now have a better understanding of the link between music, meditation and health – it can lower overall anxiety levels, and might even lower stress levels of patients recovering from surgery. Meditative music appears to work best at slow tempos around 60-80 beats per minute, which is roughly the same as the resting heart rate. Wild, however, describes his music as zero-beat sedative music. It also helps if the music has no lyrics, he says.

At the time, however, Wild just had a feeling that his music could help people.

Wild named his new music project Liquid Mind after spending a few days at Laguna Beach and noticing the calming effect the sea had on his well being. He returned home and made cassettes of this first song which he took to Aids hospices to hand out to patients. He doesn’t know how many patients listened to these first recordings, but he felt that he was helping – and that made him feel better.

After beginning to find balance in his life, his career was picking up too. “I remember sitting in my living room, meditating, just breathing in and out. And I started envisioning that I could bring my music to every person in the world who can benefit,” he says. “Then the phone rang and it was Michael Jackson’s producer Bruce Swedien calling me from New York.”

Bruce and I had worked together on a Missing Persons album, and he had also heard the music Wild produced for Max Headroom. He said Jackson wanted a similar, futuristic sound on his new album too. Wild joined the team as an arranger and musician to “make sounds that the human ear has never heard before”. The work paid well, and soon he was turning his paychecks into the first Liquid Mind album – Ambience Minimus.

After Wild released his second album, Slow World, in 1996 he started getting letters from listeners. Some, it transpired, were Aids patients, but others were healthcare practitioners using the music during chemotherapy and other healthcare treatments. Wild realised his music was resonating with people in stressful situations and he felt a duty to share more. 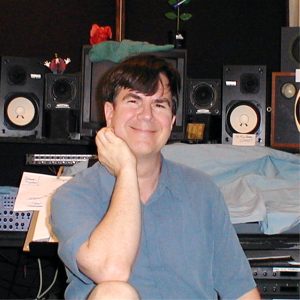 In 1998 Wild’s sister passed on, followed by his mother in 2001. “I was really relying on all these tools,” he says. “Deepening my connection with meditation. Learning to be serene in the face of great grief. And how wonderful that I had learned how to grieve, that’s one of the big tools of not having anxiety.”

Today, Wild is partnered with Myndstream, a music label which promotes music for personal wellbeing worldwide, empowering people to relax, reduce stress, experience deep rest and sleep, improve focus, and calm anxiety. Through a partnership with the label Myndstream, Wild is hoping to bring his meditation music to more listeners and show the benefits of his songs. But he’s taking a more relaxed approach. He used to ruminate over work, but has come to accept “what it is like to be perfectly imperfect”, he says. “When my therapist said that, huge lights came on in my life – we do the best we can.”

Enjoy the music of Chuck Wild