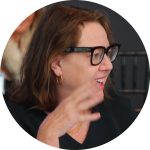 Beth McGroarty, VP, Research & Forecasting, Global Wellness Institute asks:
What is the state and role of faith in the Coronavirus crisis?
How might concepts of faith and spirituality evolve in the future?
What’s wrong with the current “science” versus “religion” war?

Q&A with Martin Palmer, president of FaithInvest, an organization that helps the world’s religions move their investments into sustainable development. 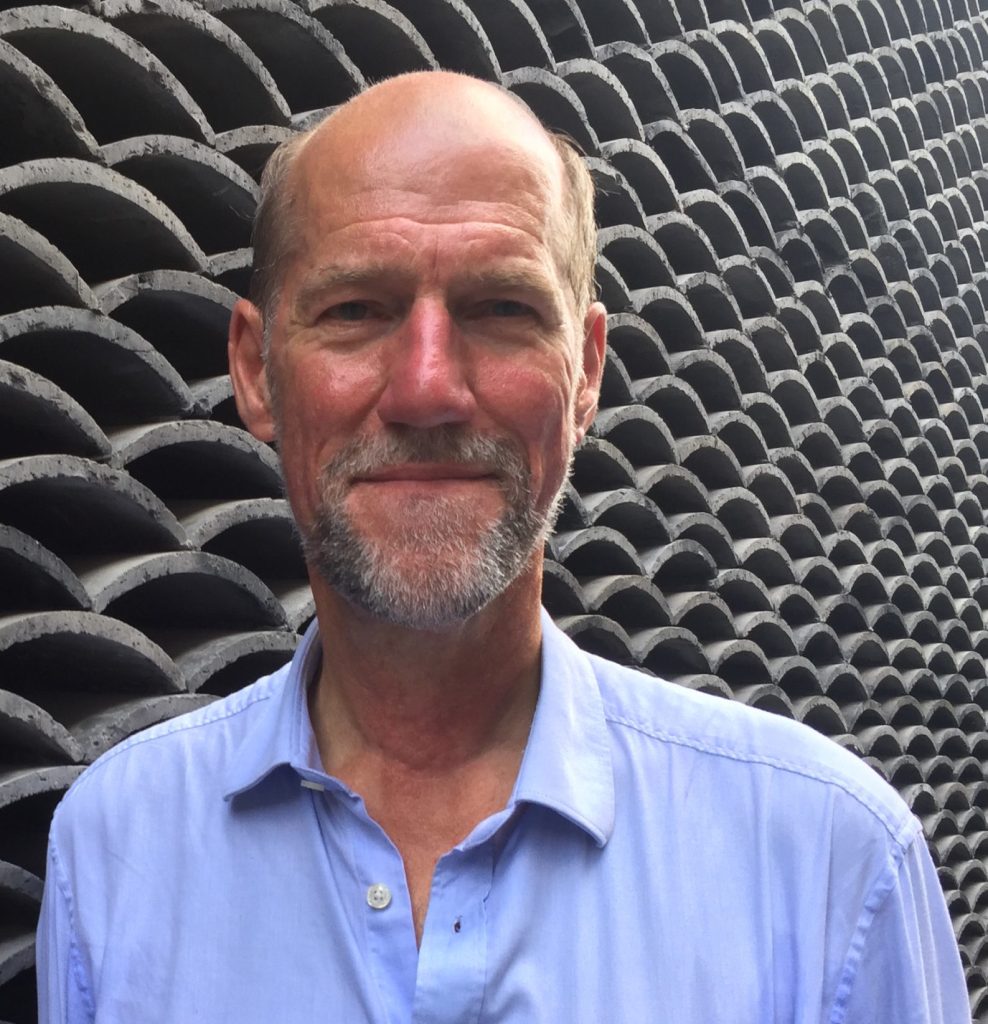 Martin Palmer is a brilliant thinker on the role of faith in human culture and a passionate environmentalist. He’s a major China scholar and author, a regular contributor to the BBC on religious and historical issues, and religious advisor to organizations such as the UN and the Lancet Commission. He co-founded, along with His Royal Highness Prince Philip, the Alliance of Religions and Conservation (ARC), a secular organization that helps faiths worldwide develop environmental project investments—and religions control an enormous amount of real estate and assets.

VP, Research & Forecasting, GWI, Beth McGroarty: What is the most important thing or thought that will emerge from this pandemic?

Palmer: The most important change is the idea that we humans are masters of the universe—and that the planet was somehow made for us alone—is taking a serious knock on the head. An invisible germ can bring us to a complete standstill and profoundly humble us. We are not apart from nature; we’re an incredibly vulnerable part of it.

We need to realize that as a species, we will not last very long. I studied geology as well as theology, and I’ve always been struck by the species called trilobites. They were incredibly successful, lasting over 250 million years, but in the space of 5 million years, they died out. Humanity isn’t going to get anywhere near the trilobite lifespan: We Homo sapiens appeared under 100,000 years ago, and while we’ve had an impact second only to meteorites striking the planet, we may actually be very short-lived, lasting only another 10,000 years or so. This needs to inform our thinking. What on earth do we do to leave something behind that’s worthwhile?

We’ve learned to survive with the germs that we’ve become familiar with. But new germs are being created by our destruction of nature, by our greed, and by our eating anything we can get our hands on and kill. We’ve been humbled by the Coronavirus. We really need to ask, how do we learn from this?

GWI: You’re an expert on the role of faith in culture. Faith is in a strange place. Traditional religion is irrelevant to more people. In places like the US, there’s a politicized war between “science” and “religion” during Coronavirus. And as you argued at the Global Wellness Summit, while the wellness world does a great job with “mind” and “body”—it isn’t doing as great a job with spirit—certainly not very inclusive of traditional religion.

What do we lose without faith, especially in this time of grief and suffering?

Palmer: At the core of every major faith is that we humans are not why life exists. But we’re an expression of the fact that life is created by love. We have made ourselves the reason for creation or for evolution—whatever word you want to use—and these are just useful stories and myths. What we have been missing is that we have not been in love with the rest of creation. Faith is that daily practice of humbling.

Traditional faiths also recognize that the nature of being is a mixture of pain and suffering (and we have huge suffering now), as well as delight and joy. One of Buddhism’s most profound insights is that trying to hold on to transient moments of happiness creates the deepest sorrow. The noble truths of Buddhism teach us that nothing is permanent, and that trying to make things permanent—whether it’s our looks, our money, our control over people, our relationships—is the quickest path to suffering because trying to control that which is ever-changing prevents it from growing and becoming what it should become.

But I think we have to acknowledge that the great traditional religious stories, whether the Biblical story, the Hindu story, or the Islamic story, no longer provide for the vast majority of people a story they can live inside.

But neither does science. Science isn’t about stories, and humans are ultimately a storytelling species. If you and I were to sit down over tea, you wouldn’t tell me about how tall you are or how many calories you had for breakfast. You would tell me about (as you did) how worried you are about your mom and dad’s vulnerability during Coronavirus and what it’s like to walk through a deserted Los Angeles with coyotes on the streets. You would give me stories—not data.

One of the great mistakes we’ve made since the Second World War is we have set up so many global institutions—whether national governments, universities or the UN—that revolve around the idea that the only information that’s significant is information you can quantify.

The philosopher Edmund Husserl invented this tradition, and it’s called Phenomenology: You study the phenomena, the appearances of things, to understand the world and consciousness. But one of the key things Husserl argued is that, whatever you do, don’t think that the only things that matter are things that can be counted. They’re probably the least significant: It’s the things that can’t be quantified, like love, compassion, hatred and cruelty, that actually make the world spin.

GWI: If more people identify less with traditional religions, what is the future of faith and spirituality?

Palmer: For many people, their experience of formal religion has been one of constraint, punishment and alienation. So, I don’t see a huge future for the great monolithic faith structures. What I DO see is that some of their perennial narratives and stories—about what it means to actually live a life of love, compassion and generosity—will survive.

If you dig back into the Gospels; or the Pāli Canon in Buddhism; or the Hadith, the teachings of the Prophet Muhammad; or into the writings of the Taoist sages, there is simply fantastic wisdom about what it means to be human.

Most of us have lost our ability to trust the stories of Adam and Eve or that the world is the 9,000th incarnation created by Brahma. They don’t work, but we pick bits of wisdom from them. We lack believable narratives, and science and data don’t provide that for us either, although we behave as if they do.

The future of faith is new narratives and stories. And the stories have to be plural because we’ve tried living by one. We’ve tried living by Christianity, by the Roman or Chinese Empires, by capitalism or Marxism or fascism. And we’ve always predicated that on the belief that if everybody believed what we believe, we could save the world. The environmental movement can be much the same, highly prescriptive, narrow in its assumptions, basically creating a new missionary movement that says believe in us, pay us, and we alone will save the planet. This doesn’t work because it doesn’t encourage a plurality of stories. This insistence on one model or system is why we live in paralyzed division. We can’t do that any longer; we’ve actually got to start creating new and more diverse narratives NOW.

I think the wellness movement is creating such a new narrative and has some of the basic components for helping people live in a positive, new story. When I was invited to speak at the Global Wellness Summit, I thought, oh my goodness, this is going to be a lot of woo. But I was so impressed that this global group was focused on things like better, more sustainable food and clothes for the planet and people; really tackling mental health; and creating healthier lives for children. That’s a movement—a story—that aligns with “we are no longer masters of the universe.” My wife remarked that I’d never come back from a conference so excited. Because your group was one of the very first I’d been to that didn’t think the entire world was going down the pan and we should just curl up and die—or that if we just clapped and were happy, that all problems would be solved.

I really feel that there are green shoots of wisdom, of new lifestyles, and of humility before the wonder of nature in the wellness movement, which I experienced at your conference. And I haven’t seen them elsewhere—and I’ve worked with every major religion, the UN, and every major conservation and investment group.

You work with the world’s religions and their very big investments. How is COVID-19 changing their future strategy?

Palmer: COVID-19 is a magnifying glass illuminating the most wonderful things in human nature: this new cooperation, this rediscovery of the importance of the local. We all walk places now, going down little neighborhood streets we’ve never gone down. The world is discovering its local area in a way we would never have done. That’s glorious.

What we’re hearing from our religious members worldwide is that Coronavirus is making them reevaluate what they will invest in, to rebuild the things we’re most likely to lose. And that’s the small independent shops, the small theaters and arts groups, the small production units. They want to invest there and give people work that is meaningful and good, which we’ve largely sacrificed in the name of globalization. Rather than all of us having our clothes made in the Philippines, create those jobs here and help people in the Philippines create jobs there. More investment in local communities and makers is the huge shakeup in their investment thinking.

GWI: You’re a historian. If there was one era that’s most analogous to, or insightful about, our Coronavirus crisis moment, what would you have people learn about?

Palmer: I would look at what the Benedictine movement in the sixth century did when the ecology and social fabric of Europe collapsed at the end of the Roman Empire. The Roman Empire’s collapse was as much ecological as political. These were the Benedictines’ three core messages and practices to rebuild culture: Work. Study. Pray.

We want to hear from you

What is the role of faith during the Coronavirus crisis? How do you think concepts of faith and spirituality will evolve post-COVID19? Leave a comment below… 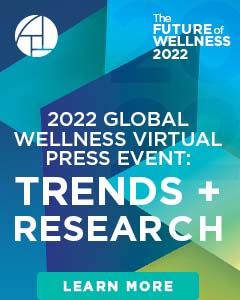