This month, there are two major wellness issues to watch:

2) How the debate over “mandatory versus voluntary” employee wellness plans is evolving in the U.S. 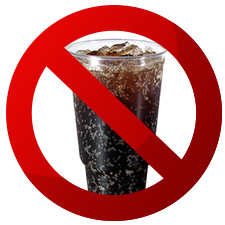 According to the World Health Organization, almost 2 billion adults are overweight and more than 600 million suffer from obesity, with an annual economic cost estimated at around $2 trillion (slightly less than 3 percent of global GDP), according to McKinsey. Therefore, it comes as no surprise that more and more governments around the world are introducing or considering the introduction of a tax on sugar.

Mexico, France, Finland, Hungary and Denmark have already done so, while the U.K. British Medical Association has just called for a 20 percent tax on sugary drinks. At the same time as lobbying against such a tax, the food and beverage industry is trying to reduce the amount of sugar in some of its products. It’s hard to tell whether sugar taxes will become a global, all-encompassing phenomenon.

According to Richard Tiffin, the director of Reading University’s Center for Food Security, a 20 percent tax on sugar-sweetened beverages would reduce obesity rates by between 1-2 percent, suggesting that such a tax yields a small benefit while hitting poor people the hardest (and possibly leading them to make other unhealthy choices instead). Watch this space!

A recent ruling by a federal judge in Wisconsin deals a blow to the Equal Employment Opportunity Commission that has consistently argued that corporate wellness programs violate federal antidiscrimination laws by demanding medical information from workers. The ruling affirms that employers can screen employees for health risks when offering health insurance.

It is highly significant because it signals a willingness to give companies substantial leeway in incentivising wellness programs. According to a law professor at Washington University, it “indicates something of a trend.”