Some companies are now offering their employees free or subsidized tests for markers linked to metabolism, weight gain and overeating, with a few even offering subsidized tests for genetic mutations linked to breast and ovarian cancer. Naturally, employers tout genetic tests as a perk for their workforce, while health advocates raise concerns about privacy and the potential for illegal discrimination based on employees’ genetic information.

Based on recent medical and psychological research, this article shows that people who volunteer and have a strong purpose in life lead longer, healthier lives. This is now so well established that some public-health experts believe the time has come for doctors to recommend it alongside diet and exercise.

This is an interesting story about how the most celebrated yoga guru in India has taken on the big Western consumer brands and built a consumer goods empire based on traditional Indian medicine.

“Well-being is a network of characteristics we can build for ourselves, argues a philosopher” – Quartz, Dec. 20, 2015

This is a short article based on an interview with Michael Bishop, a philosopher who just wrote “The Good Life.” The core idea of the book is premised upon the “network theory” of happiness, in which wellbeing is a condition that tends to perpetuate itself. It posits that wellbeing cannot be attributed to any particular characteristic (positive attitude, strong relationships, professional success, etc.), but exists when they all come together in a cycle that builds on itself. The bottom line: “There’s no one set of instructions that can help everyone build happiness.”

This article epitomizes how far the business obsession with fitness or lifestyle can go. Bulletproof is a company that says it’s in the business of biohacking. In its jargon, “being Bulletproof” means hacking your diet, sleep, workout routines and virtually every other interaction with your environment to become a smarter, sharper, better performing you. So far, it seems to be a commercial success. 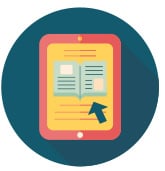 After one year, a tax on sugary drinks in Mexico has led to sugary beverage sales falling 12 percemt, while water purchases rose 4 percent.