Living Well From Within Initiative Members 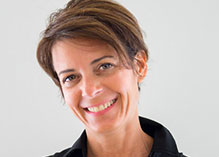 Julie Bach is a globally respected thought-leader in the delivery of cancer-oriented programs for wellness and wellbeing and with a specialty in mindful compassion, meditation and yoga. She has been a cancer advocate to develop, deliver and market wellness-industry strategies, technology tools and training across 54+ countries. Julie’s mantra has been “We cannot be wellness for only well people.” Wellness for Cancer has worked directly with the executive team of leading wellness organizations and medical faculty to run programs demonstrating a whole person, personalized approach to wellness. She was named Leading Woman in Wellness by The Global Wellness Summit for her work in shaping the industry conversation. 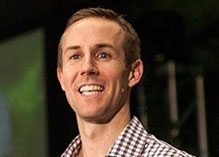 Under Jon Berghoff’s leadership, the XCHANGE team has designed and facilitated whole-system change efforts for organizations that include BMW, Facebook, Habitat for Humanity, TEDx, Keller Williams, Vitamix, Fortec Medical, Microsoft and Nike. Jon previously served as head of sales for Vitamix Corporation, where revenue grew by 400% in less than four years, as their team grew from 175 to over 600. His work in Appreciative Leadership, Emotional Intelligence, and Whole-System Change has been leveraged by leaders in over 80 countries. His primary question is: What brings a human system alive, more naturally, effectively and faster than ever before? 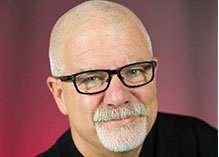 It started with a burning question: “Why is it that some people DON’T become victims?” As a speaker, author and coach, Dr. Dan Diamond equips people to thrive when times are tough. Following Hurricane Katrina, he played a strategic role as the Director of the Medical Triage Unit at the New Orleans Convention Center. He led one of the first rapid response teams into Haiti following their devastating earthquake. Dr. Diamond is the author of the book Beyond Resilience: Trench-Tested Tools to Thrive Under Pressure. He has been seen on CNN, Anderson Cooper, USA Today, and Larry King Live. 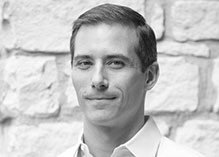 Heath Dieckert has dedicated his life to guiding America’s conscious business leaders. After serving as an executive for Fortune 50 companies for over 17 years and experiencing fulfillment through coaching and mentoring fellow executives, Heath dedicated his life to the radical support of other leaders through executive coaching and founded The Dieckert Group. Heath is the COO of the 100 Coaches organization, the premier source for executive coaching globally, and helps the world’s most powerful business leaders find the coaching and support they need. Heath is deeply passionate about Conscious Capitalism, where he serves as a board member. 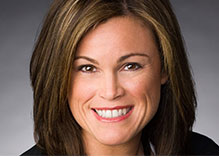 Heidi Hanna is the Chief Energy Officer of Synergy Brain Fitness, a company providing brain-based health and performance programs to individuals and organizations; a founding partner with the Brain Health Initiative; and an instructor at Harvard Extension. She’s a New York Times best-selling author who has written seven books, including The Sharp Solution, Stressaholic, Recharge, and What’s So Funny About Stress. Heidi is also a Certified Humor Professional with the Association for Applied and Therapeutic Humor, although she won’t admit she’s funny. 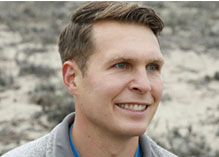 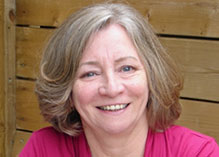 Organizations trust Mo McKenna to help them create a healthy work climate in an age of disruption. Mo uses Appreciative Inquiry, a strengths-based, whole system approach to positive change. She is an innovative and energizing mentor and facilitator. Mo is the founder of Return on Energy and lives in Toronto, Canada.

With 20 years’ experience in sales, marketing and operations at global five-star hotel groups, Corinna Yap brings unique perspectives, blending commercial sales/marketing and wellness operations with Global HQ and on-property operational level views. Corinna is a motivated, conscious leader committed to excellence in strategic, creative and lateral thinking and commercial success, delivering exceptional, caring guest experiences and building highly effective teams. Her driving passion is the importance of integrating holistic wellbeing alongside medical science for all conditions. She has particular interests in wellbeing for carers and people with cancer and mental health challenges, helping them learn the importance of self-care and self-love.

Fill out this form to be connected to the Initiative Chair.