Despite soaring stock markets, there is a mounting sense of uneasiness: the pervasive feeling that the financial world is out of kilter.

A few traders and policy-makers are flagging up some of the looming risks in the credit market that are reminiscent of the subprime mortgage market before housing prices started to collapse in 2006. What are some of these big risks? 1.) U.S. student loans (USD1.3 trillion at the end of last year); 2.) a messy Grexit; 3.) oil prices falling again precipitously; and 4.) a big EM corporate defaulting on some of its debt—like Petrobras that just put a USD2.1 billion price tag on its corruption scandal.

The “mounting sense of uneasiness” associated with the sentiment of fragility that many people feel in this fast-paced, radically changing world are potent factors behind the surge of wellness and mindfulness. When confronted with economic and social adversity, many people turn to authenticity and strive to live a more fulfilling, meaningful life.

However, a strong rising trend is not necessarily a trend embraced by all.

In some segments of the population, adherence to the trend may even go into reverse. This is what’s happening for many Americans. A survey conducted by the U.S. “Physical Activity Council” reveals that the number of Americans who were “totally sedentary” last year increased to its highest level since 2007. Roughly 83 million Americans (about 28 percent of the population) reported they did not once participate in any specific physical activity—the highest number in the past 24 years! Since 2007, the number of totally sedentary Americans has risen by 18 percent, while the percentage of the total inactive population has grown by three percentage points over the same period. Surprising…and also very challenging. 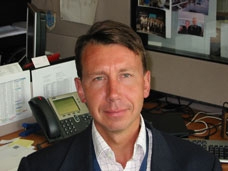 Thierry Malleret is the co-founder and primary author of the Monthly Barometer, a predictive analysis provided exclusively to private investors and today’s most influential opinion and decision-makers. Previously he was a senior partner at IJ (Informed Judgment) Partners, an investment boutique for ultra-high-net-worth individuals based in Geneva. Thierry also founded and directed the Global Risk Network at the World Economic Forum (WEF), bringing together top policymakers, CEOs and academics to consider how global issues will affect business and society in the short and long term. For a number of years, Thierry conceived and implemented the WEF program at Davos. He holds MAs (in economics and history) and a PhD in Economics. He writes a Wellness Edition of his Monthly Barometer, exclusively for the Global Wellness Institute. For a copy of the full report, join the GWI as a Member or Ambassador.