Cessation Roulette: Success Is Greater When Smokers Are Asked to Ante Up 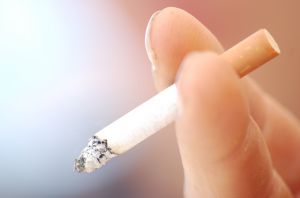 Cash incentives for smoking cessation work better when smokers have some skin in the game, according to a 2014/2015 meta-analysis conducted by the University of Oxford (UK). Incentives, spread over 8,400 mixed-population smokers in 21  institutional settings (six outside the U.S.), ranged from cash payments, vouchers for goods and groceries and even lottery tickets and prize draws. While success rates were not significantly affected by the type of incentive, improved, sustained cessation rates were seen when participants were required to pony up a cash deposit (refundable along with the reward) upon quitting. For this group, the negative incentive of losing the deposit helped to improve outcomes, despite the lower “buy-in” rate among participants.