You Are Now Remotely Controlled (The Dark Side of Tech) – New York Times, January 24, 2020
The author of The Age of Surveillance Capitalism claims that surveillance capitalists now control the science and the scientists, the secrets, and the truth. Two quotes that capture the essence of her argument: “We thought that we search Google, but now we understand that Google searches us”; and “We assumed that we use social media to connect, but we learned that connection is how social media uses us.” This is a damning, well-researched and cogent argument about the dark side of tech. Central to her analysis: the notion of “epistemic inequality.”

Splendid Isolation: How I Stopped Time by Sitting in a Forest for 24 Hours – Guardian, January 24, 2020
In this longish read, the author explores how stepping outside for a day and a night while doing nothing offered an antidote to the busyness of his life. Everything was getting busier and faster until he stopped for a “wilderness solo,” and then it got better!

How the Wellness Industry Is Taking Over Travel – BBC Worklife, February 4, 2020
As wellness travel booms, wellness companies outside the travel space—like Equinox, SoulCycle, Goop and Lululemon—are all stepping into the tourism sector, as the lines blur between their products and the total lifestyle they’re seeking to promote.

How to Make the World Happier – And Why It Should Be Our First Priority – Guardian, January 19, 2020
This is a short extract from Can We Be Happier? Evidence and Ethics. The response is yes! The founder and “tsar” of the discipline of “Happiness Economics” has just published this new book in which he argues that wellbeing should be pursued both as a personal goal and as a political one. He elaborates on why it’s possible for people to act for the greater good—at work, at home, and in the community—and posits that in less than 40 years from now, the culture of gentleness could displace the dominant culture of excessive individualism.

A Transformative Deal for Nature – Nature, January 16, 2020
The rapid loss of biodiversity that we are witnessing is about much more than nature because the collapse of ecosystems will threaten the wellbeing and livelihoods of everyone on the planet. Accordingly, the UN Convention on Biological Diversity (due to meet in China next October) will have to move beyond traditional notions of “conservation” to engage with all relevant sectors of the economy and civil society.

Striking Stat: Brexit & Unhappiness
In the months leading up to the Brexit deadline (October 2019), life satisfaction in Britain fell. It was the first time since 2011—when the government started measuring both satisfaction with life and feeling “that things done in life are worthwhile”—both significantly dropped from the year before. 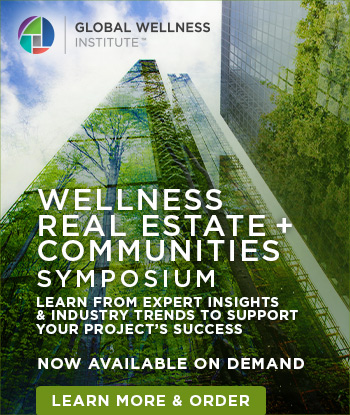