Back to “Hype or Hope“
Previous:   Dr. Steven Gundry  Next: Neil Jacobs 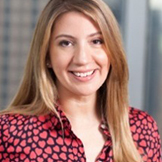 Anne Hubert is Senior Vice President at Viacom Media Networks, where she leads the consulting practice of Scratch, a creative swat team that drives innovation. She joined MTV in 2008, building the capabilities now called Scratch. Previously, she spent time in management consulting at BCG, in strategy and business development in other media companies and in the U.S. Senate, where she served as a policy advisor to Jon Corzine. Anne holds an MBA from Harvard Business School, a JD from Harvard Law School and a BS in Symbolic Systems from Stanford. She serves on the executive board of Venture for America.