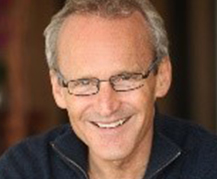 Bruce Cryer has been called a renaissance man. At age 15 he sang in the choir for Duke Ellington and by 19 was playing The Boy in the world’s longest running musical, The Fantasticks. He performed in Shakespeare in the Park (NYC), television commercials, films, helped launch a nutrition company, and is known for his nature photography. His 35+ year business career includes 11 years as CEO of the ground-breaking HeartMath organization and 21 years as faculty at Stanford. His business background includes sales, marketing, business development, executive coaching, mentoring, and strategy. His album of original songs, Renaissance Human, was released Spring 2018. 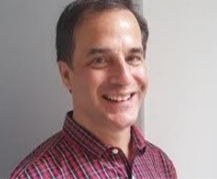 David joined Zeel in 2015 as VP of Business Development where he oversees the Company’s spa & hospitality sales.  Before Zeel, David was Head of Development for YeloSpa from 2008 to 2010 and from 2012 to 2015. In 2010, David joined Spafinder Wellness, as Vice President of Sales and Operations heading up its group buying.  Prior to Spafinder, David was a Managing Director in the New York office of Paradox Capital Partners, a private investment firm that originated and structured debt secured by intellectual property.  David earned a BA in Philosophy from the University of Colorado and an MBA from the University of Southern California. 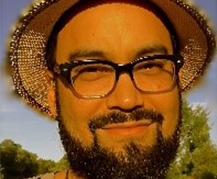 Over the past 15 years, Chuck has dedicated his life to the pursuit of understanding the dynamics of healing the whole human being applying the dynamics of acoustic resonance, meditation, massage, movement and breath work, while developing an accessible service based business model. If we are to consciously evolve, embodied states of deep relaxation are the key. If we cannot relax, conscious evolution becomes extremely inefficient to correctly sustain. 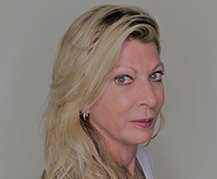 Christine has been involved in the Spa and Wellness industry for 30 years, mainly in the Caribbean and Asia. Her expertise in Sound Healing has compelled her to teach people from all walks of life on how to use sound healing for self-care and administering this on others. She is committed to continue contributing to the research on the power of sound and sharing the intellectual, health benefits and measurable case studies globally.

Jahmaal has a vast knowledge of health practices (degree in Alternative Medicine) that help the body heal itself such as manual therapies, herbal medicine, energetic therapies, and other natural healing modalities. He specializes in using sound therapeutically and teaching practices of using acoustic sounds for improving health. His experience in the computer sciences also give him a unique perspective on the brain’s processes, learning, and development. 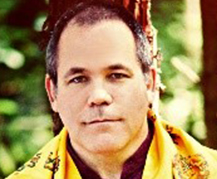 Matthew Kocel is a throat singer, sound healer, multi-instrumentalist, composer and recording artist with over 3 decades experience as a performer and multi-disciplinary healing arts practitioner. Matthew has tapped into a universal stream of musical consciousness that feels deeply familiar yet new. The harmonic overtones of his voice – 2, 3 or more notes sounding at the same time – resonate the core of your being, expanding awareness beyond the physical body and space/time. As documented online, people from all walks of life in USA, Canada, Europe, Central & South America consistently share similar stories of non-ordinary experiences while listening to his music. 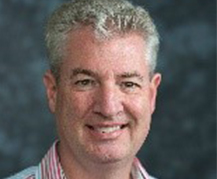 Todd Linden is president of Linden Consulting, dedicated to leading ways to improve the wellbeing of individuals and advance the quadruple aim for healthcare. He received his MHA degree from the University of Iowa, is a fellow in the American College of Healthcare Executives and recently retired after 30 years as a hospital CEO. His hospital was cited by The Washington Post for its optimal healing environment and by The New York Times and The Wall Street Journal for innovations in patient safety. Linden serves on numerous boards, is an adjunct professor at UI and owns two therapeutic massage spas. 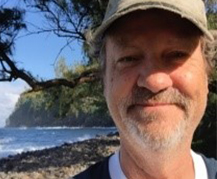 Barry Oser is a highly respected innovator & ‘veteran’ with 30+years of experience & dedication to the now growing fields of Sound, Music and Vibrational Therapies. Having been a young concert pianist, composer, performer, & teacher; Barry shares a wealth of knowledge, practical experience and innovative ideas that support deep listening, and highly engaging transformational healing experiences, whose time has arrived! 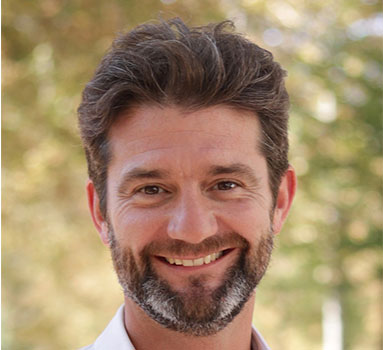 Dr. Julien Paccaud was a national barefoot waterski champion in 1992, and discovered the power of Osteopathy as an athlete. Thus, he became an osteopath in 2000 and had, since then, owned his clinic in Neuilly sur seine. He founded his company “Body Ecology”, and the purpose of his work is to help people understand how they can efficiently stay in great shape – both in body and mind. Since 2010, he has been serving as a health advisor for Chanel and in charge of their health prevention campaign that involves the make-up artists team, fashion advisors, and spa beauticians from Chanel Europe. 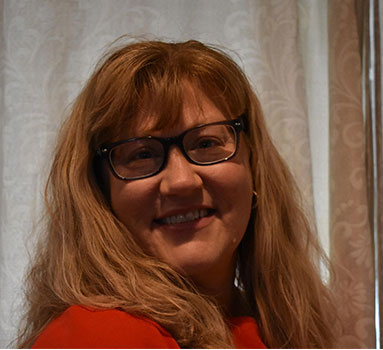 Chrislyn Randell has her Ph.D. in Experimental Psychology from Colorado State University, specializing in sensation and perception. She has been a professor of Psychology for over 20 years at the Metropolitan State University of Denver. Chris also has over 20 years of research and statistical consulting experience, which includes a range of topics. She is currently developing standardized research methodology for studying the effectiveness of immersive musical massage on perceived and physiological measures of stress. 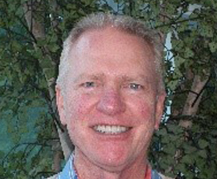 Bob, a globally respected bedding manufacturing design expert, created a  revolutionary eco-friendly factory for Denver Mattress to increase efficiency and output while reducing ergonomic stress on employees and optimizing the ability to re-use/ up-cycle materials supporting significant cost reduction. Bob having survived 7 unrelated cancers,  has become intimately aware of how important having a positive attitude, healthy environment, and sound sleep is in supporting the body, mind and soul. He is an avid bike rider involved with World Vision & World Bicycle Relief organizations, which through he raises money for bicycles for students and AIDS caregivers in Zambia. 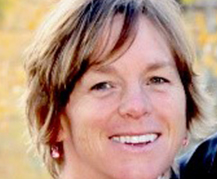 Michelle Selby, LSCSW, has practiced child and family therapy since 1991. She has spent her career gaining expertise in interactive therapeutic techniques to help children with their academic, social and emotional development. Most of her clients are children experiencing trauma, depression, anxiety, or autism. Skillful responses can heal and provide strength within communities, particularly through evidenced-based trainings including TF-CBT and other therapies to engage the para-sympathetic nervous system. She is an artist and author who loves to study cultures and their social structure, medicine, art, music and languages. 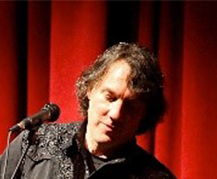 Dr. Monte Selby uses songwriting to help others laugh, learn, and heal. He is grounded in education as an award winning teacher, principal, and professor. He’s also an acclaimed songwriter and musician with original tunes appearing on network television, radio, stage productions, videos, and a 2012 Grammy Award winning album. Monte has co-authored eight books and composed hundreds of songs with over 40,000 students across North America, Europe and Asia. 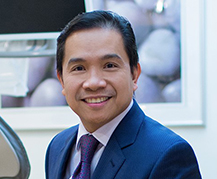 Dr. Sonny Torres Oliva is a dentist in private practice in Manhattan. He has built a loyal clientele who praise his exceptional dentistry, engaging personality, gentle manner and straightforward medical advice. Dr. Oliva has transformed the feared dental visit into a comfortable, relaxing and even transcendent experience. His philosophy, called Zentistry, is a practice that elevates the dental experience and increases awareness of oral health. His groundbreaking Midtown location combines state-of-the-art dentistry in a beautiful boutique setting with luxurious spa amenities. Dr. Oliva is a graduate of the NYU College of Dentistry.