Back to “Hype or Hope”
Previous:   Susie Ellis     Next: Anne Hubert 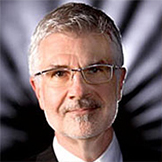 Steven R. Gundry, M.D., is a cum laude graduate of Yale University with special honors in Human Biological and Social Evolution. After graduating Alpha Omega Alpha from the Medical College of Georgia School of Medicine, Dr. Gundry completed residencies in General Surgery and Thoracic Surgery at the University of Michigan and served as a Clinical Associate at the National Institutes of Health. There, he invented devices that reverse the cell death seen in acute heart attacks; variations of these devices subsequently became the Gundry™ Retrograde Cardioplegia Cannula. It has become the world’s most widely used device of its kind to protect the heart from damage during open-heart surgery. After completing a fellowship in congenital heart surgery at The Hospital for Sick Children, Great Ormond Street, in London, Dr. Gundry was recruited as Professor and Chairman of Cardiothoracic Surgery at Loma Linda University Medical Center. There, he and his partner, Leonard Bailey, pioneered infant and pediatric heart transplantation. Together, they have performed more such transplants than any other surgeons in the world.

During his tenure at Loma Linda, Dr. Gundry pioneered the field of xenotransplantation, the study of how the genes of one species react to the transplanted heart of a foreign species. He was one of the original twenty investigators of the first FDA-approved implantable left ventricular assist device (a kind of artificial heart). Dr. Gundry is also the inventor of the Gundry Ministernomy, the widely used minimally invasive approach to aortic- or mitral-valve repair, the Gundry  Lateral Tunnel, a “living” tissue that can rebuild parts of the heart in children with severe congenital heart malformations; and the Skoosh™ venous cannula, the most widely used cannula in minimally invasive heart operations.

One of the fathers of robotic surgery, as a consultant to Computer Motion (now Intuitive Surgical), Dr. Gundry received early FDA approval to use robotic-assisted minimally invasive surgery for coronary artery-bypass and mitral-valve operations. He holds patents on devices for connecting blood vessels and coronary artery bypasses without sutures, as well as for repairing the mitral valve without the need for sutures or a heart-lung machine. He has served on the Board of Directors of the American Society of Artificial Internal Organs (ASIAO), and was a founding board member and treasurer of the International Society of Minimally Invasive Cardiothoracic Surgery (ISMICS).  He recently completed two successive elected terms as President of the Board of Directors of the American Heart Association, Desert Division.

Inspired by the stunning reversal of coronary artery disease in an “inoperable” patient, using a combination of dietary changes and nutriceutical supplements, in 2001, Dr. Gundry changed the path of his career. An obese, chronic “diet” failure himself, he adapted his undergraduate Yale University thesis to design a diet based on evolutionary genetic coding, which enabled him to reverse his own medical problems. In the process, he effortlessly lost 70 pounds. The equally astonishing results from following what he came to call Diet Evolution in several of his staff led Dr. Gundry to accept a position in Palm Springs where he could devote his efforts to disease reversal.

No longer satisfied with repairing the damage of chronic diseases, since 2002, Dr. Gundry founded and has served as Medical Director of The International Heart and Lung Institute in Palm Springs, California, which serves patients referred from across the nation. He is also Founder and Director of The Center for Restorative Medicine, part of the Institute. Its mission is to prevent and reverse the chronic diseases of “ageing” with diet and nutriceutical interventions, using surgical intervention for heart and vascular disease as a last resort.

Dr. Gundry lives with his wife, Penny and their three dogs, Bella, Black Pearl, and Fanny Foo Foo in Palm Springs and Montecito, California. His two grown daughters live nearby.